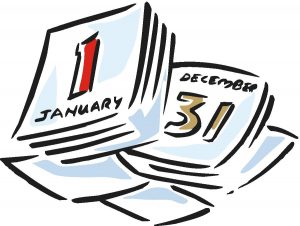 The tracks will be a mixture of unheard material, alternative versions, live events and whatever I can find in my archives

I will also listen to requests so if you have a track in mind you want to hear again, please LET ME KNOW!

From the same rediscovered tape as DOTM 15, this is a track from the 4-track demo for the Weatherman album we did at the Coach House Studios in Bristol before going back a few weeks later with a deal to make the whole album. As is often the case with hot, fast, studio desk mixes, certain elements are, in my opinion, better than the album version and we should have used this version instead of re-recording it but hindsight is a wonderful thing

This is a track from the 4-track demo for the Weatherman album we did at the Coach House Studios in Bristol before going back a few weeks later with a deal to make the whole album. As is often the case with hot, fast, studio desk mixes, certain elements are, in my opinion, better than the album version. Slightly faster, tons of energy and brilliant snare sound and the band playing out of their collective skin

With Andy Allen engineering, Martin Vinson on bass, Kieran Argo on drums and Richie Yalland on lead guitar, I hope you like this month's free download and do please feel free to share it with like-minded music lovers... KC

'Tis a wondrous thing how life unfolds. There I was wondering what I was going to do for the next few DOTMs when I had the idea to break open all the old CDs I had posted to myself just after I wrote them

It was what we did back then to prove ownership of a song, sign and tape the seals of an envelope then send it to ourselves by the old registered post and put it away in a box, thus proving date of creation

When you write a song the first version is often different, as repeated playing both live and on record changes the song often without you realising it

Not much to say about this, other than blimey, was that me?

A remixed and remastered version of this track from the album ‘2coustica’ available on CD and DL later this year - Please share it if you like it!

I recorded this in the late 70s or maybe even early 80s while I was living in Notting Hill Gate. I can’t remember who played on it or where we recorded it so if anybody knows, please let me know. I never put it out, no idea why but they were strange times

This is a BigMix version I did a few years ago but never finished at the time - hope you like it! Cover by Sian Christmas 🙂

“Happy Birthday 2000” This was my Dystopian view of a bleak future world I visioned back in 1975, Some things came true, thankfully most did not

Many thanks to Chris Brown for sending me a digital file of this track he recorded back in 1977 at Reading University. I was supporting Split Enz

I recorded this a few years ago to see if I could use keyboards and samples to make a bigger version of one of my acoustic songs  - the jury might be be out on that one but it was fun to do !

This was recorded at the QEH Theatre in Bristol in the early 2000s when it was a regular part of my set. Unlike it’s more famous London namesake, QEH stands for Queen Elizabeth Hospital and is a private school in the heart of Bristol, £15K per annum, meals not included. It has a gorgeous little ‘theatre in the round’ which can be hired and don’t ask me who hired it because I can’t remember. I think I was the only one on the bill that night and we had a good crowd in, as you can hear!

I wrote this song around 2010 at the sudden loss of a good friend and it was one of the three bonus tracks on Live at the Pump' released in 2012. I have remixed and remastered it and hope it honours my friends Ray, Martin and Louise. As far as I can remember I have never or rarely played it live except at Martin's sendoff at the Eglise Anglicane in Dinard in 2013

Kicking off with the first DOTM for June 2020 is a real curiosity. I was assembling potential tracks from a variety of sources and wondering which one to go with first when I got a message from Julian Gibbs via my contact form that said:

Hello Keith. I have your single "Brighter Day" but am obliged to admit that I infinitely prefer the version which you recorded for a Radio 1 session in the mid 70s. I'm also obliged to admit that I home taped this but, of course, the tape is more or less unusable after all this time.
Do you happen to know if there's any way I can get hold of this version?

Well what an amazing coincidence that is as I haven't played that track for about 20 years and had only added it to the list the week before - I hope you like it as much as you remember, Julian and thank you for the request!